Earlier this year I packed a flask and sandwiches and ventured out into the wilds of East Kent, and one of the things I came back with was a Singer 201 in a treadle base.  It moved in with us partly because it’s the later type 201 with the “modern” shape aluminium body and we didn’t have one of those, but mainly because of the treadle base, about which more some other time.

Like the old girl I bought it off, it looked a bit scruffy and smelled of fag smoke but seemed in good working order.  In fact the only thing actually wrong with it was that at some point in its life, the spool pin had gone missing.  Now the spool pin on a 201 Mk2 doesn’t go straight into a hole in the top of the machine like normal.  Oh no.  Instead, it screws into a hole in a solid steel bush 15mm diameter and about 10mm thick, which fits into a 15mm wide hole in the machine.  And that assembly doesn’t just drop into the hole, it’s forced in under considerable pressure.  It needs tools and some determination to get it out without damaging the machine.

So it’s still a mystery to me how come both pin and bush were missing from this one.  And I still marvel at the way in which somebody solved the problem by taking the other (bobbin-winding) spool pin out the machine base, popping it into a handy oil hole, and whacking it with a big hammer.  Check out the pictures I took when I got it home ... 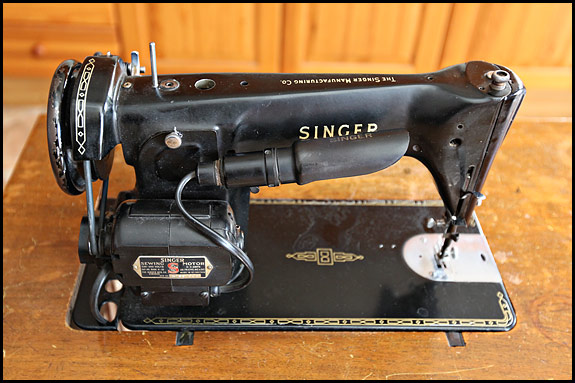 So obviously we needed a new bush, which is hardly your run-of-the-mill spare part because after all, why would you need one when it’s a forced fit in the top of the machine body so it’s not exactly likely to drop out?  None of the usual sources could help, and because I wasn’t prepared to modify the machine, it was looking more and more like an expensive custom-made replacement bush- assuming I could find somebody to make one for me.

But then once again the internets came to the rescue, this time in the form of a gentleman who’d read my wittering about the bush (I’m not one for beating about it) on one of the Yahoo discussion groups.  He had too many 201 Mk2’s and was breaking some, so … here’s the elusive spool pin and bush, as kindly supplied by Mr Geoff Egan of Tenby Point, Victoria, Australia, who assures me that he did indeed enjoy the couple of beers he had on me yesterday. 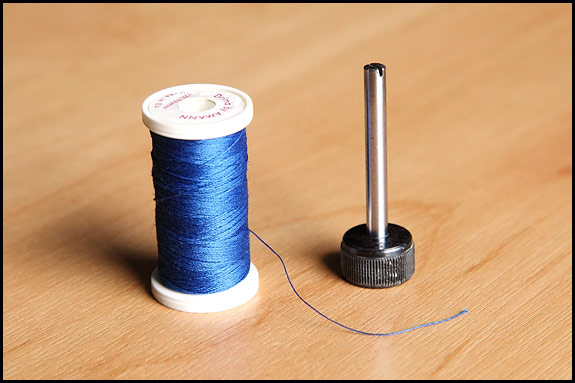